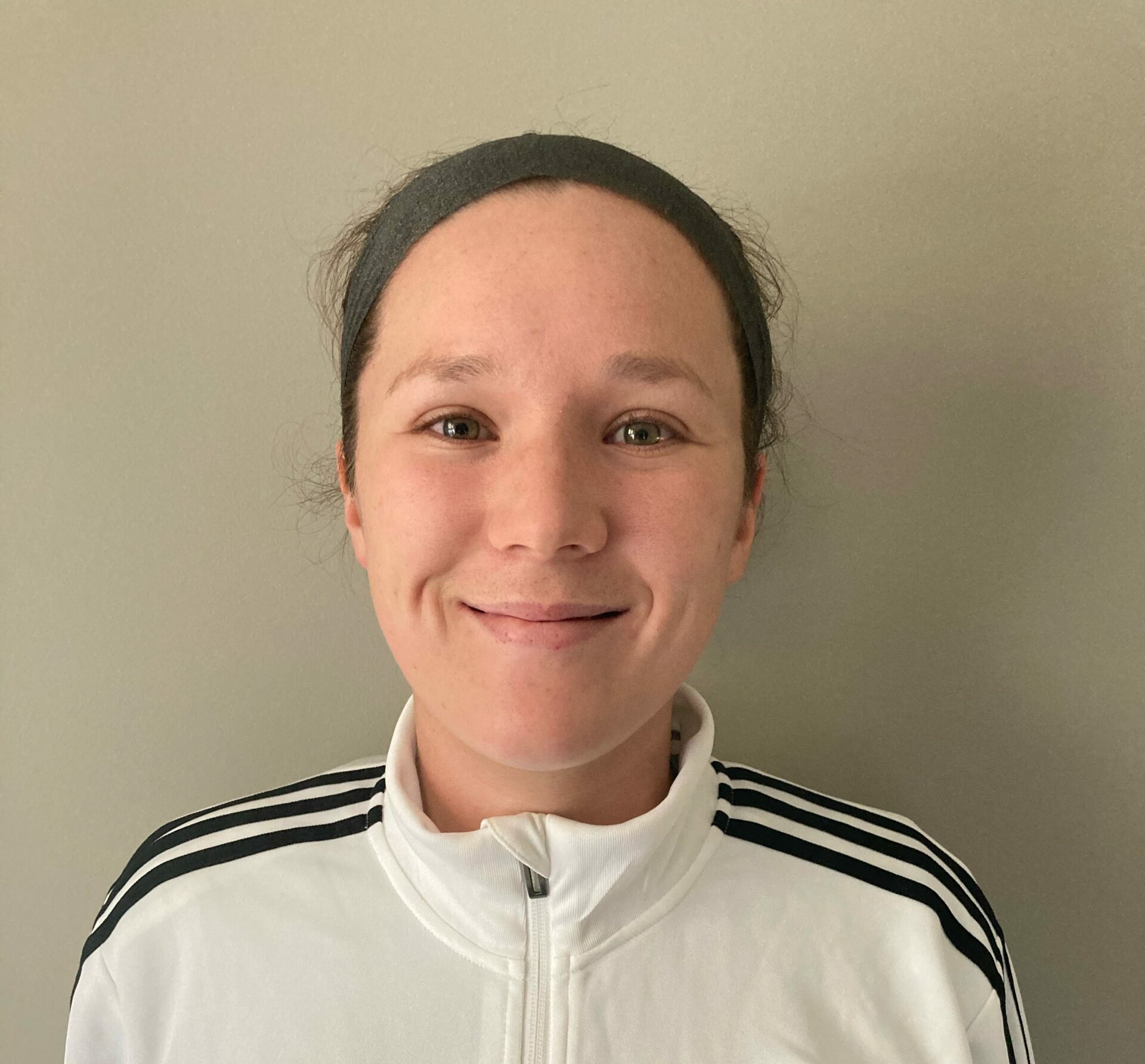 “KJ” is a goalkeeper coach for our groups, and was a graduate of the Total Futbol program in her youth career before continuing at the collegiate level. Along with Erika, she trains our goalkeepers and attends games to help them break down their performance and improve their skill.

Katelyn (also known as “KJ”) grew up playing soccer in the Northern Virginia area. She’s in the process of obtaining her USSF “Grassroots” Licenses.

KJ began coaching with Total Futbol in 2012. As the Director of Goalkeeping for the program, she provides instruction integral to the development of keepers throughout all age groups. She also has experience working with summer camps, providing support and mentorship to players on and off of the field.

Since 2008, she has played for three teams coached by former Total Futbol Assistant Director Todd Hamlin, followed by teams coached by current TF Executive Director and DMV FC Technical Director Nadir Moumen. After playing up a year with the Comets ’95 White, she went on to play with a team (Chaos ’96) in her own age group. She moved from there to the McLean ’96 ECNL team along with Nadir, and during that time has continued to excel in net. With McLean she was a two-time Virginia State Cup Champion. Under her watch, the team won the ECNL Mid-Atlantic Conference three years in a row (qualifying for Champions League in the postseason all three years) and finished as National Semifinalists in 2015. She was also a recipient of ECNL’s 2015 H.E.R. Scholarship.

Her on-field experience also includes time with the VA ODP program. She was named to the Region I pool from 2010-12 and on the Region I Inter-Regional Team in 2011 and 2012. She participated in three international trips with the Region I team, traveling to Costa Rica, Spain, and Germany from 2011-13.

KJ finished high school a semester early and began her career at the University of Kentucky in the spring of 2015. She had a breakout rookie season at UK. As a result of her remarkable performance between the posts, on October 6, 2015, Jensen was named the National Soccer Coaches Association of America’s Division I Women’s Soccer National Player of the Week, the SEC Defensive Player of the Week and made the College Soccer 360 Primetime Performers Weekly Honor Roll. Jensen is the first Kentucky player in history to win the NSCAA National Player of the Week award in its 23-year history.